How new lingerie website Braboo sold out of stock overnight

Braboo commissioned an influencer marketing campaign with popular German YouTubers Lisha and Lou less than a year after launching.

The day after the video went live the Berlin-based lingerie website was inundated with orders – selling out of the products featured.

Braboo, which launched last July, had a limited marketing budget of just a few hundred euros.

The brand decided to sponsor YouTube couple Lisha and Lou, whose reality-style channel Lisha&Lou gained popularity with Braboo’s target market after a series no frills, funny, up-close and personal conversations to their audience.

During the video Lisha unpacked the lingerie she bought and talked about Braboo while quizzing Lou if he knew how underwear sizing worked.

Braboo’s spokeswoman Mailyn de la Cruz said: “We didn’t have any TV advertising at the time. The morning after the video went online the boss came in and said ‘Sales have gone crazy!’

“Not only had our conversion rate doubled, but many of the items featured had sold out.”

But more importantly, by speaking directly to potential customers and receiving rave reviews from the two influencers, this engagement translated into sales.

Braboo has built on its first success with sponsored YouTube content and is now organising its sixth influencer marketing campaign.

A subsequent video Lisha and Lou's did with Braboo

To learn more about how Braboo doubled their conversion rate, check out our article: Getting The Most For Your Money With Influencer Marketing. 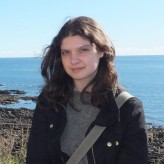