There are a growing number of dating apps on the market, and with an estimated revenue in the billions, the trend looks set to continue.

One such dating app decided to run an influencer campaign test with Sponsokit. They launched their app in 2011 and now have 60 million users worldwide.

The average age of their users is 22 to 23 years old, this gave the app marketers a clear vision of the type of influencers they wanted.

The brand was happy with the initial results and are now scaling their influencer campaigns, adding two more countries.

Influencers have built up a niche following, that’s what makes them so appealing to work with.

If you have hired someone because they resonate with your brand, be very clear on your briefing but be sure to give them creative space to make the message their own.

Check out our article 10 tips to write an influencer brief that will get you sales for more ideas.

In the example below, the influencer created a really funny video about a dating app (You don’t even need to know French to understand it!). 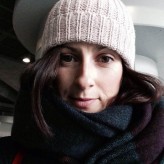 I genuinely see Influencer Marketing as the future. I love the potential it has for a more authentic and transparent communication between brands and their consumers. I look forward to sharing tips, tricks and all the best information, to get you started or build on your success with Influencer Marketing.